A hearty congratulations to AWCS members Linda and Blair Dunbar who were inducted in October 2019 to the Bow Valley Sports Hall of Fame as “Builders“ for their accomplishments in Cross Country Skiing some of which include: 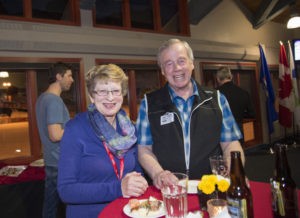 A video of the complete set of presentations is available on the Sports Hall of Fame website  http://bowvalleysport.ca/2019-inductees/.  There is also a new Digital Screen that was recently installed at the Canmore Recreation Centre in the main lobby. This screen shows all of our 2019, 2018 and 2017 Inductee’s Individual Videos.