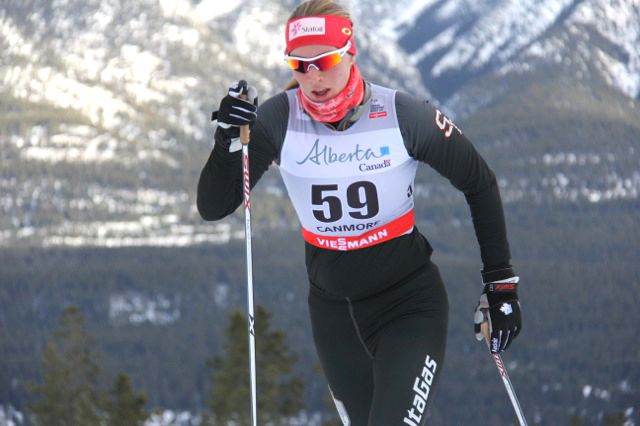 Dahria Beatty will lead Canada’s medal hopes at the U23 cross-country ski world championships in Almaty, Kazakhstan after she was pre-selected for the team on the strength of the first open women’s NorAm win of her career.

“It’s always wonderful to be representing Canada. I was very excited to get the pre-qualification spot in December so that we were able to plan my training for January knowing I would be racing in Kazakhstan in early February. The U23 world championships were one of my main focuses going into the season, so I am thrilled to be going,” Beatty said.

“Racing without the pressure of having to qualify will be a good opportunity to focus on tactics and procedure and push my limits. When you know you don’t have to win, it makes it easier to go for the win because you know if you blow up, you start fresh the next day,” Beatty said.

She’ll be joined by Raphael Couturier, while other athletes will try to earn their ticket at the Eastern and Western Canadian Championships. Two skiers have also earned spots on Canada’s world junior team. Annah Hanthorn of Whitehorse and Phillippe Boucher of Quebec have been selected early.