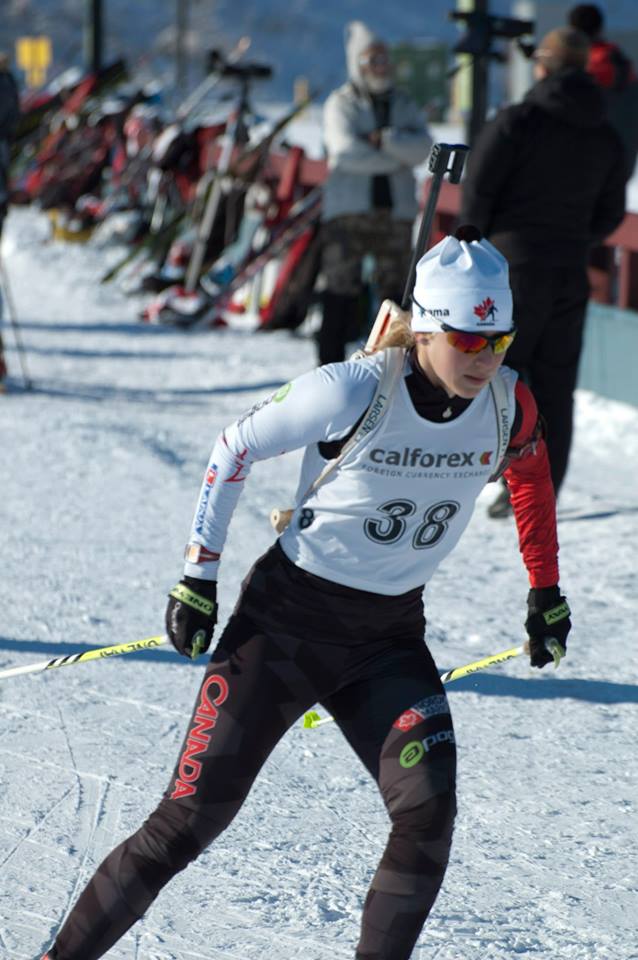 The man they call Thor due to his mastery of the weight room (Gow regularly outlifts his teammates by a substantial margin) had great speed to match perfect marksmanship on the day.

“I’ve been trying to get on the podium for a while and I’ve always seemed to fall short in either skiing or shooting. Today, both came together nicely,” Gow said.

He finished the 10 kilometre race in 26:02 for a silver medal, just a blink of an eye behind Baptise Jouty of France for the gold.

After missing a shot to start the year on the world cup, Gow started slowly on the IBU circuit, a feeder league for the top level. He’s improved through each race and fixed a few mistakes with his standing shooting.

“Going into today’s race, my focus was on good shooting. I had been struggling a little bit with standing shooting the past few weeks, so clean shooting was at the top of my list,” Gow said.

Finding that extra two seconds to win a race will be tough, but definitely doable.