Canada’s Nishikawa Glad to Be Back on World Cup, 36th in 10k; Babikov 49th and Somppi 69th 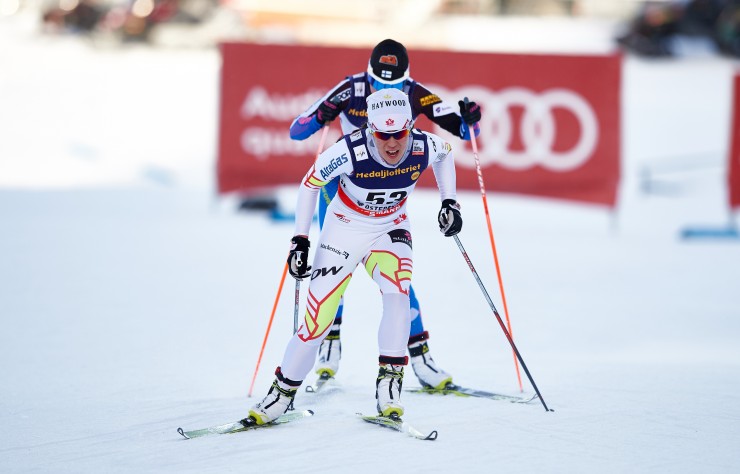 It had been almost two months since Emily Nishikawa raced on the World Cup, yet the 25-year-old Canadian National Development Team skier picked up essentially where she left off, collecting her second-best result of the season on Sunday in the women’s 10-kilometer freestyle in Östersund, Sweden.

“It was great to get racing on the World Cup again today,” Nishikawa wrote in an email after placing 36th in Sunday’s race. “My goals for today were just to put a good race together, and focus on the process goals. I think I did that really well. I paced it fairly well, although maybe started a bit too conservatively.”

“A Finnish skier caught me at 5km and I held on to her for the rest of the race,” Nishikawa explained. “I made up a lot of time in the 2nd lap, but I think I could have pushed a little harder in the last few km!”

Last Friday, she arrived in Falun, Sweden, where she’ll compete in her second World Championships over the coming weeks. Nishikawa explained she spent about five days there before traveling to Östersund last Tuesday.

“My teammates that raced yesterday are en route to Falun right now, and the rest of us that raced today will drive down tomorrow,” she wrote. “I had a really good ‘training camp’ at home in Canada in January. I got lots of racing in, but also got lots of time at home with good quality training.”

In Canada, Nishikawa won three-straight NorAm distance races between Eastern and Western Canadian Championships. In fact, she won every NorAm distance race while she was home for a total of six victories from early January to early February. 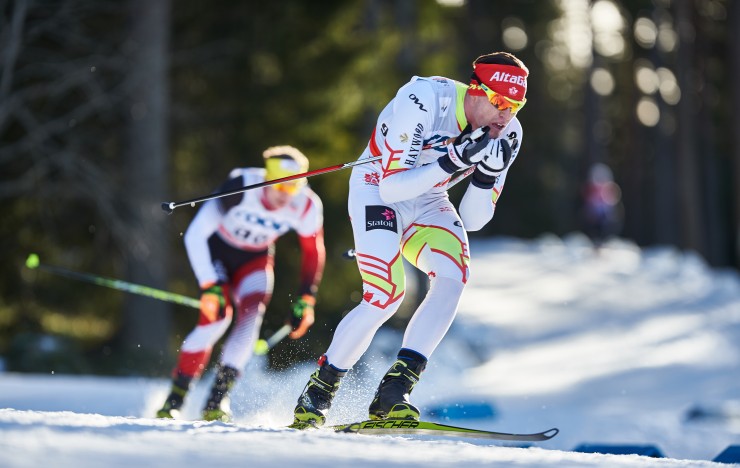 Canada’s Michael Somppi (AWCA/NST-Dev.) on his way to 69th in the men’s World Cup 15 k freestyle on Sunday in Ostersund, Sweden. (Photo: Fischer/NordicFocus)

On Sunday, she was the lone Canadian female to race the 10 k, while Ivan Babikov (Canadian World Cup Team) and her fellow Alberta World Cup Academy and national-development team member Michael Somppi competed in the men’s 15 k.

Like Nishikawa, Somppi arrived in Falun for a few days of training before driving to Östersund.