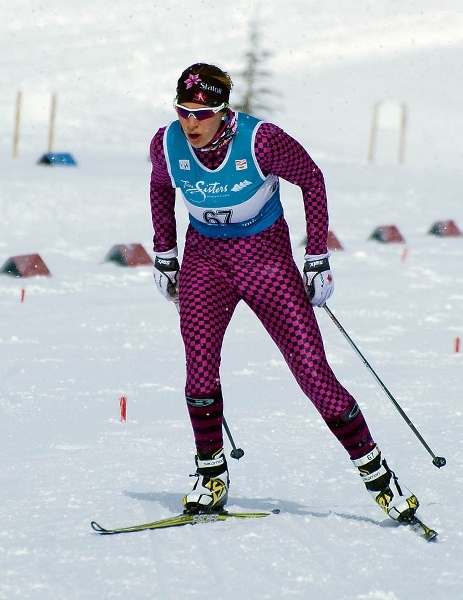 Leading the charge as the nation’s top young ski prospect, Canmore’s Dahria Beatty was the top North American in the classic sprints, finishing 20th on Tuesday (Feb. 3) in smoggy Almaty, Kazakhstan at the U23 cross country ski world championships.

Beatty, Olivia Bouffard-Nesbitt and Cendrine Browne all made it through to the knockout rounds, but were knocked out early.

Bouffard-Nesbitt, also of Canmore, had a fantastic qualifying time, as she was the 12th fastest athlete in the prelim. She ended up finishing 21st overall. Browne finished 26th.

Knute Johnsgaard of Whitehorse had the most impressive Canadian result. He finished 14th in the men’s U23 division. After a disappointing NorAm season, the result was vindication for the speedy skier.

“My form is good this week, which I didn’t feel in the NorAms leading up to the world championships,” said Johnsgaard. “We had great skis and had quite a few athletes in the quarters. We were racing in very poor air quality. I’ve never smoked a pack of cigarettes in my life, but I definitely made up for that today by racing in the smog. It was a great day for Canada, and I’m looking forward to the rest of the championships.”

Norway, of course, had the fastest athlete, as Sondre Turvoll Fossli won the race.