Duntroon, ON – On Saturday, the sprinters took to the trails at Highlands Nordic to compete in 1.5/1.8km classic events. The longer courses and slow conditions made breaking away difficult, which kept the leaders together until late in the race and made for an exciting day of racing. 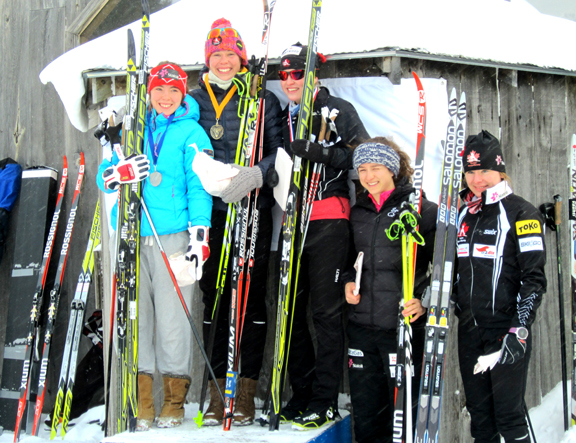 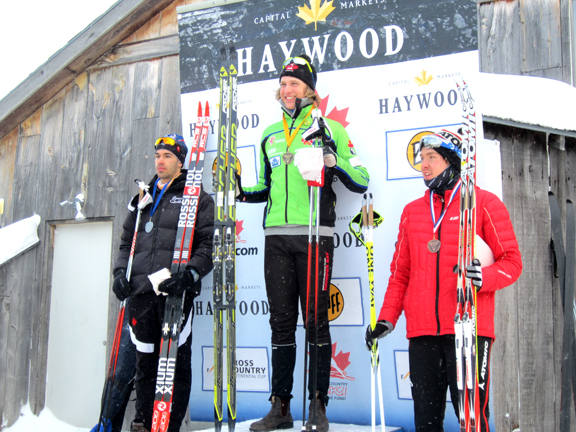 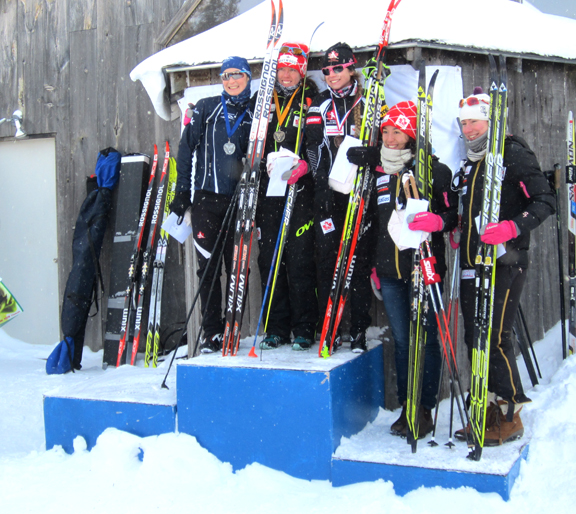 For the women, it was National Team skier Perianne Jones (Nakkertok, NST) who claimed decisive victories in both the qualifier and final. This is her first time racing on the NorAm circuit since 2011, and she says it came as a welcome change.

“It’s always nice to race back in Canada. My whole family was out today and it was lot of fun,” commented Jones.

Jones was able to control the pace in her the heats before skiing away from everyone in the final. Yet she still wasn’t entirely sure how things would play out. “I had no idea how close anyone was to me in the final so I just put the pedal to the metal – but I was really scared that someone was going to try and pass me!” 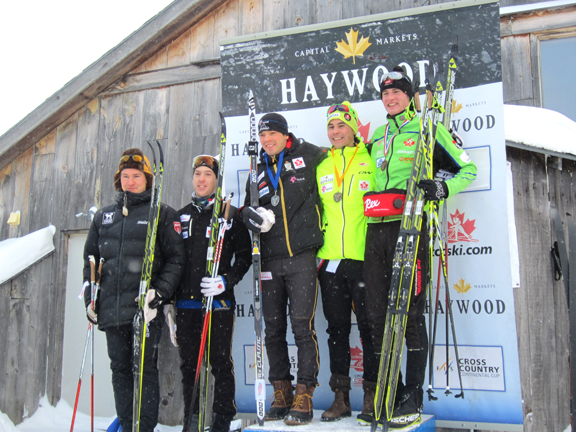 While men’s sprint winner Jesse Cockney (Foothills, AWCA-NST), and NorAm leader’s Patrick Stewart-Jones (Nakkertok, AWCA) and Alysson Marshall (Larch Hills, AWCA-NST) packed up their bags right after their races to head over the Europe, Jones will return to Canmore after the weekend for some more racing and training.

“My start to the World Cup season this year wasn’t great and I want to make sure I’m in really good shape before I head back over there. Even though things seemed to go well today, I can’t guarantee that would have been a top 30 on the World Cup – so I’m not ready to go back over there until I know that’s the case.”

Good times at Duntroon, a little windy but hard battles on the classic sprint day. pic.twitter.com/V5sFItw1NE