Cockney, Valjas break out in Switzerland 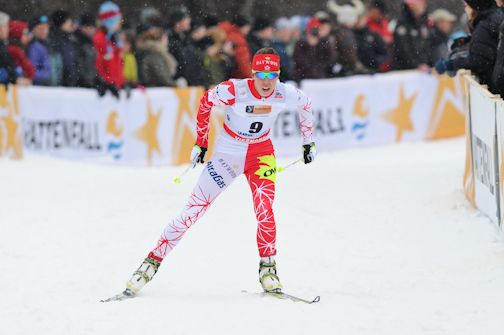 Less than 12 hours before world cup cross-country ski sprints in Davos, Switzerland, artist Angus Cockney is playing prognosticator in between his holiday shopping. The topic is one of his favourites: his son Jesse’s chances in the world cup sprints in Davos.

Jesse had yet to crack the top-30 this year on the world cup, but the older Cockney was positive that was all about to change.

“He’ll qualify for the heats Sunday. No doubt,” Angus said, bursting with pride.

Cockney proved his father to be quite the prophet and Len Valjas had speed to burn in the second week of world cup sprints in Davos, as both Canadians cracked the top 30 on the strength of excellent qualifiers on Sunday (Dec. 21.)

“My dad’s a smart man,” the younger Cockney said.

Cockney earned his first top-30 world cup points outside of North America by qualifying with the 23rd fastest time, and finishing 29th in the heats.