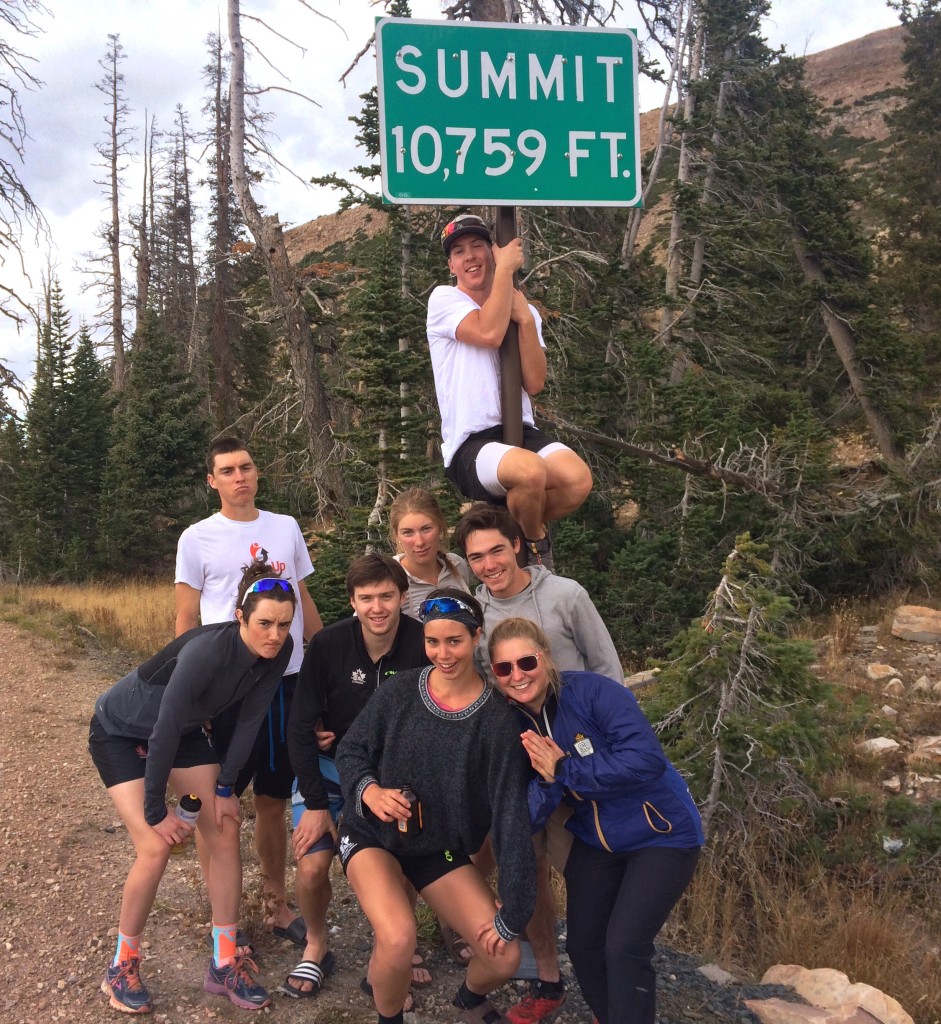 I had been told Park City training camps were really nice, and even with my high expectations going into the camp I was not dissapointed. I think everyone would agree, Park City was a success! 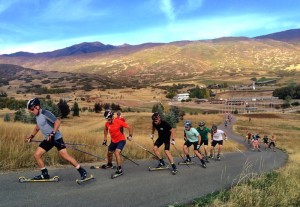 In Park City we worked with the other two National Training Centers as well as the National Team.  For the Academy, it was a 14 days camp starting on September 20th and finishing October 3rd. Once again, it was really nice to train with a big group of athletes and to have opportunities to share with others about our training, nutrition, school and… football! I still don’t understand why American football is so popular amongst cross-country skiers but I’m okay with that since I need to learn a lot about it!

As Park City is at altitude, the camp had more of a volume focus and less intensities. Over the two weeks we did 5 long distance sessions, almost always followed by a trip to Mexico! [**Mexico is what we call a place called Anaya’s- It’s a typical Mexican store that serves nice burritos and tacos, also knows to be Pav’s favorite place**] 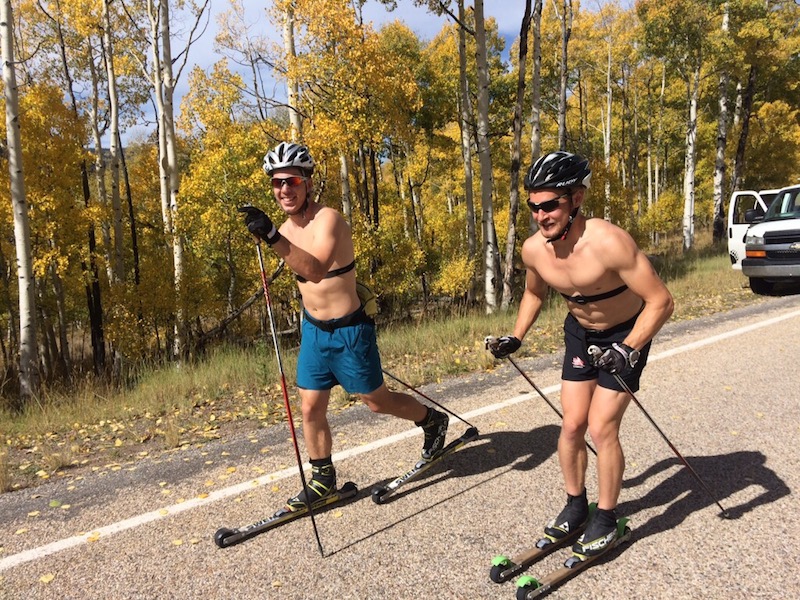 We were always climbing a lot during those training, starting around 1500m and finishing sometimes over 3000m. Depending on how many hours we had and how the body was feeling, some of us would run or hike for a little bit when we will get to the top of the pass. It was really rewarding to look at our watch at the end of our 3h-4h workout and see that we gain 1000 meters, and only descend for 190 meters! 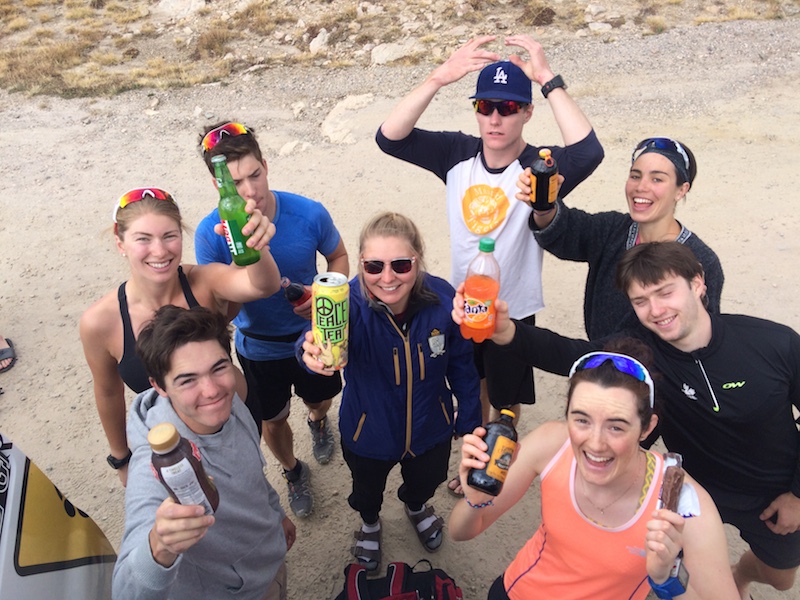 Maybe the highlight was having a cooler full of soda’s and fresh doughnuts waiting for us at the end of a 3-4h rollerski kindly brought by the coaches. A big thanks to Pav and Chris!!!

For a few of the speed and intensity sessions we had the chance to ski at Soldier Hollow, where the Olympics were host in 2002. It was nice to ski on the trail and experiment a different rollerski path. Because we wanted to go to lower altitude for strength and some of the intensities session, we drove a lot during this camp. However, it was always in good company! 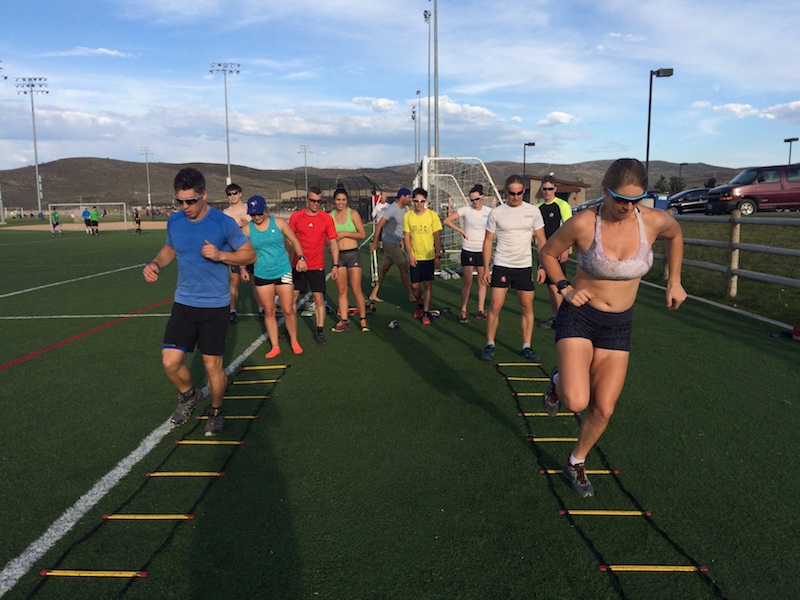 Strength was done in Salt Lake City as well as the ski striding intensities. During the two weeks, we also had some really good Academy core (sometimes followed by football!) afternoon workout.

I think we all enjoyed Devon’s core exercises and talk about how core is important and how it is even more important to do it with «intention». It motivates us to pay attention more when we do core and inspires us to work on that aspect of our training. To end the camp, we even did a little AWCA plank contest, won by Matthias who looked crazy stable all the time. I’m pretty sure we could have had tea on his back without dripping any! 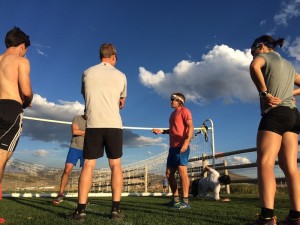 After 14 days of good quality training, it was time for us to head back home for a well-deserved rest week. **Thanks to Chris who safely drove us back in one day.** Everyone enjoyed this time more relax, but it was good to all get back together on Monday for a really nice striding intensities session. That was followed by our «Team’s giving» dinner, host once again by Pav. After so many good foods, we are now ready to start a new training block. Even though Canmore is particularly warm these days, we can fell that race season is coming and it fills us with excitement. We have been working hard since the beginning of May and now looking forward to see the gains on snow. Up next is Frozen Thunder.