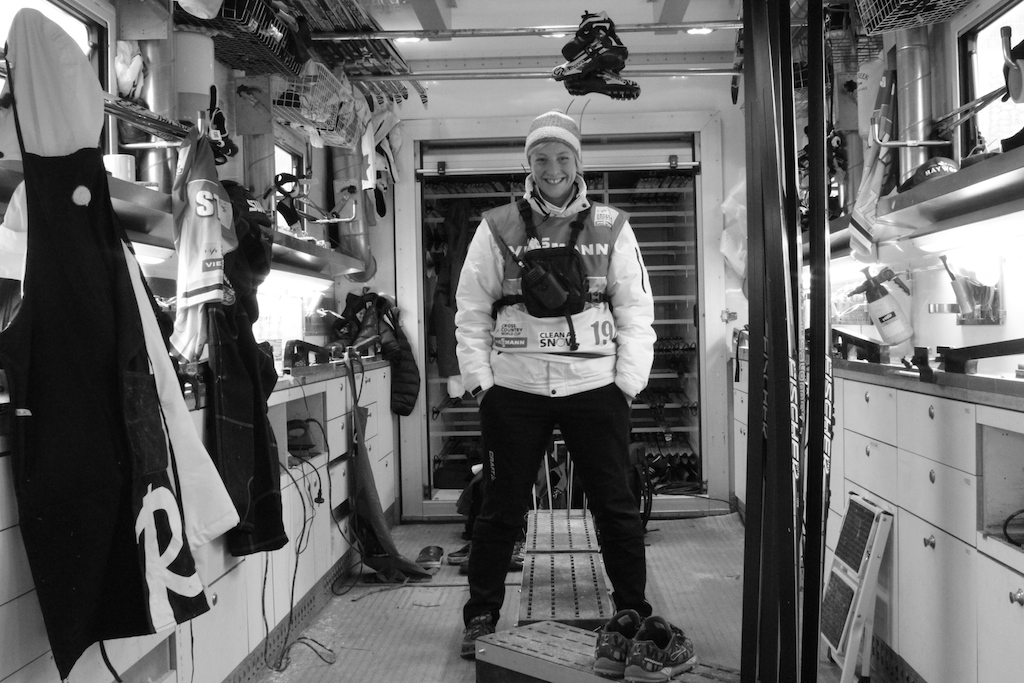 “You cannot do much about the length of your life, but you can do a lot about its depth and width.” Photo of Pavlina at the Lahti World Cup.

The Alberta World Cup Academy is very pleased to announce the addition of Pavlina Sudrich to the Academy coaching staff. Pavlina will be joining our team effective immediately to work alongside Head Coach Chris Jeffries in leading the direction of our team into the 2015/2016 racing season.

Pavlina Sudrich is a well-known coach within the ski community. Originally from the Yukon, she ran the development program at Nakkertok for a number of years and was the Head Coach of Cross Country Ontario from 2011-2014. Sudrich, who has helped run the Canadian B Tours in Europe for the last two years has just returned from the World Cup in Finland and will be joining us at the XC Nationals in Thunder Bay.

Sudrich holds a Bachelor degree from Carleton University and has worked as a professional journalist, government consultant, and casual archivist. With her wide range of experience and unparalleled level of enthusiasm we are confident Sudrich will not only strengthen our organization, but also contribute greatly to our national system as well.

On March 18, the Academy will host an information session for athletes, parents and their coaches interested in hearing more about the direction of the AWCA program, as we move into next season.

The session will take place at 8pm at the Days Inn conference centre in Thunder Bay, located at 1250 Golf Links Rd, Thunder Bay, ON  P7B 0A1. We look forward to seeing you there.