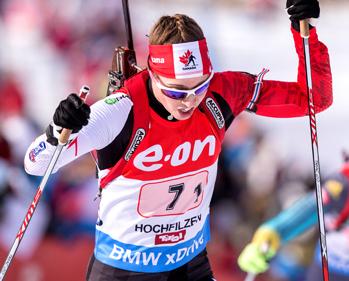 Congratulations to @biathloncanada‘s Megan #Heinicke who was 11th today in #Ruhpolding Sprint her best result on World Cup! #biathlon

“This was one of my strongest skiing performances ever. I simply felt strong and there is nothing more fun than fighting hard when you feel strong,” said Heinicke, 26, who had great skis on the wet and slushy conditions. “Shooting wise I had been trying out some keywords and those were all I wanted to think about on the range. I have just been slowly getting more confident on the range. It is always great when the skiing and the shooting come together on the same day.