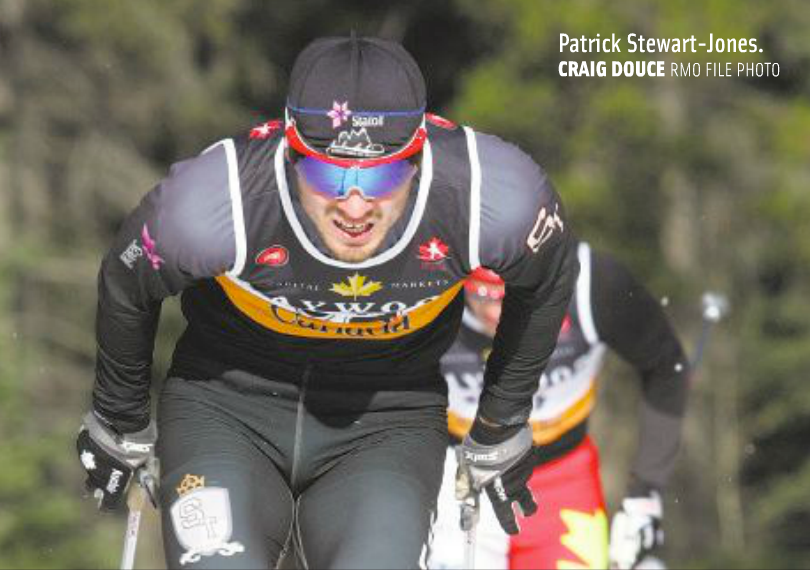 For Stewart-Jones, the cross-country win was sweet revenge after a broken pole foiled his sprint last weekend in West Yellowstone.

“I was definitely extra motivated after last weekend. It’s tough when things don’t go your way in the first race of the season, but you have to stay confident in the training you’ve done and not dwell on sub-par races, which is something I haven’t always been that good at in the past,” Stewart-Jones said.

In the final, Stewart-Jones relied on slick skis to carry the day, making his move on the final downhill to edge out American Ben Saxton.

“The course here was mostly uphill for the first half and mostly downhill for the second half. I went with minimal grip so that I would have fast skis. I just tried to stay in contention on the climbs and use my fast skis on the downhills. I was fourth at the top of the course, but moved into first on the downhill and from there just tried to hold on. It wasn’t quite a photo finish, but it was pretty close,” Stewart-Jones said.

Marshall was on top of the podium last weekend in the sprints, but ran out of gas in the final. American Rosie Brennan took gold.

“I was happy with my qualifier today, but struggled a bit as it got warmer and the snow became slushy and slow. I made it into the final, but ran out of steam and wasn’t really in contention,” Marshall said.

The U.S. SuperTour has been a mixed bag for the Canadians, as they’ve had strong results against new competitors, but organizationally, the races have been plagued with timing issues.

“It’s a chance to race against people you aren’t used to competing against, which is a big thing,” said Stewart-Jones. “Sometimes it’s too easy to get used to racing the same people all the time in Canada. You start to know their strengths and weaknesses and race accordingly, whereas racing here, there are more unknowns.

“I have to say the organizers could learn a thing or two from their Canadian counterparts though. You do appreciate the level of organization of Canadian races when you travel, especially the timing, which has sometimes been an issue these past couple weeks.”

The skiers are chasing NorAm points in a bid to earn a trip overseas to ski for Canada on the world cup. The races shift to Vernon and Whistler, B.C. before Christmas.