Volunteer For The Haywood NorAm Westerns 2015 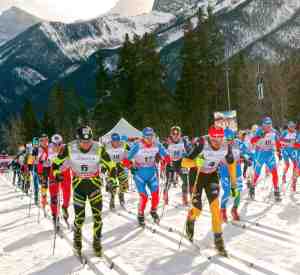 Volunteer Registration is still open for the 2015 Haywood NorAm Western Canadian XC Ski Championships – although only a few spots remain (for support of the Lake Louise race).

General aims of the Haywood NorAm Race Series are to assist in athlete development at the elite level and to promote cross-country ski racing to the public at large. The series enables the best skiers (seniors and juniors) from Canada and guests from the United States to compete head-to-head during the early and final periods of the ski season. The series also encourages high level domestic competition among regional skiers who aspire to National Development and National Team status. This produces international and national level competition opportunities that facilitate team and trip selection and prepares athletes for international competition in Europe.